A story of children in Khovd Province who received clothing through the Winter Kits project:

18 children in Khovd province received clothing kits to enable them to continue to attend school during the winter months when temperatures routinely fall below -40 degrees F.  The children were all half orphans (one parent living) that had been selected by local authorities as beneficiaries for the project.  Their excitement at receiving a kit of clothing could hardly be contained.  They counted down the days until the distribution would be made.

All of them told us that they had never had such nice, warm jackets and boots before.  Many of them also commented that they had never received such an expensive gift before, and for most of them it was the first time that they had received new clothing (not second-hand).  The families of those children wondered what kind of God would put it in people’s hearts to give such a precious gift.

The believers who distributed the clothing had the opportunity to share the Gospel with each family and pray for each child that received a Winter Kit.  All of the children wanted to know more about the Lord, and they have all started attending Sunday School at a local church. 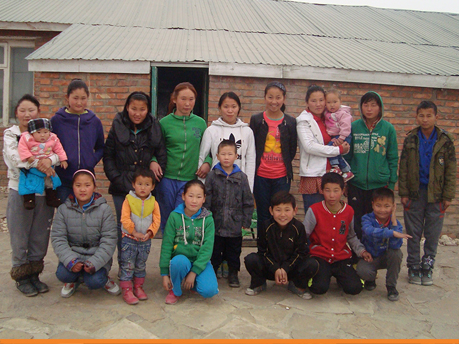